Just A Cold, Seasonal Allergies, Or COVID-19? - During this time of year it can be difficult to distinguish between having just a...

Tips For Dealing With Social Distancing - Social distancing may be the term we have become familiar with, but to many it...

WMC Restricts Visitor Access - Patient Restrictions With an abundance of caution due to the COVID-19, WMC is temporarily restricting visitors... 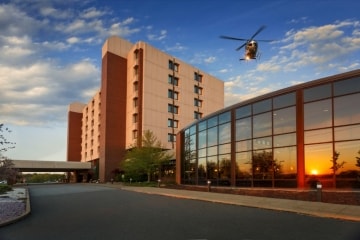 That’s just one of the results of significant growth at WMC. In what is often described as a tough medical climate, nation-wide, WMC has bucked the trend of struggling healthcare organizations by not only drastically increasing employment, but also by growing its revenue by 64%.

Since mid-2012, WMC has proven itself a true tri-state medical network by growing its reach from the 238-bed acute care facility on Colliers way in Weirton and one off-campus location to now operating 38 sites in 3 states.

Investments in technology and top-notch doctors have enabled WMC to offer new specialties and procedures. By adding those key elements, revenue has been drastically increased and much needed jobs have been brought to Weirton, Steubenville, Wintersville, Toronto, Chester, Burgettstown, Imperial, McDonald and Robinson Township.

By moving east into Pennsylvania, WMC is expanding the organization’s footprint and the community is responding. The same can be said for expanding services into Ohio.

Also, WMC has added 8 new clinical programs, including the WMC Cancer Center affiliated with Allegheny Health Network Cancer Institute and the All About Women Suite which now offers high-risk obstetrics, just to name a couple.

WMC is a not-for-profit, 501(c)3 organization dedicated to its patients and community.

Weirton Medical Center (then Weirton General Hospital) was founded in 1953 by a group of community leaders in the City of Weirton. The Hospital was initially located in the Weircrest addition of Weirton, north of the city.

A new facility, renamed Weirton Medical Center, was built on a 20-acre campus located near the US Route 22 corridor adjacent to the West Virginia/Pennsylvania border. The late Michael Starvaggi, President of Starvaggi Industries, donated the land for the current facility.

The Hospital converted 23 inpatient beds to create a 23-bed skilled care unit. This unit was expanded to 33 beds in 1996. In 1992, the Hospital created a 20-bed psychiatric unit.

The Hospital undertook a $3.2 million outpatient renovation, which modified the existing main floor of the facility into a centralized outpatient center. In 2002, Weirton Medical Center completed construction of a $10 million four-story medical office complex annexing the main hospital.

Our patients love
their WMC doctors.